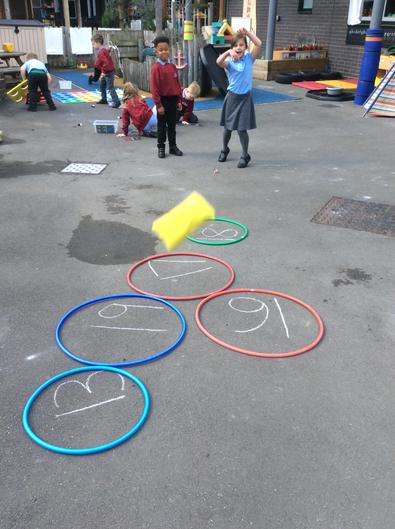 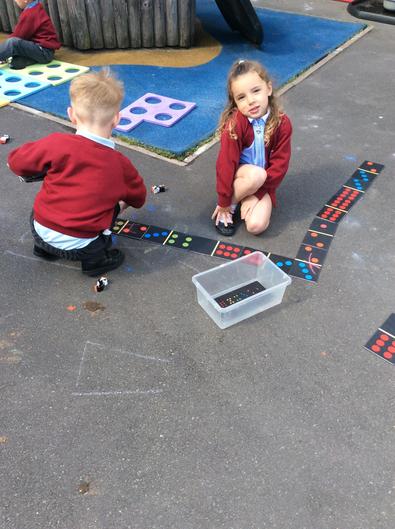 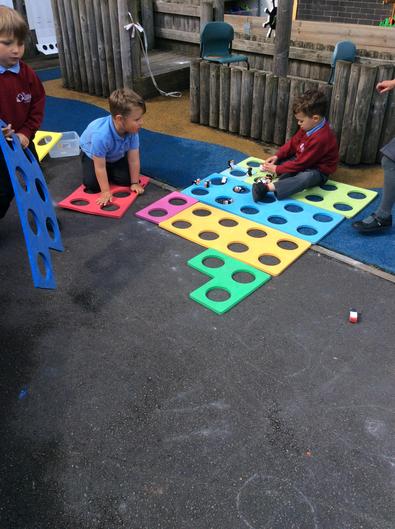 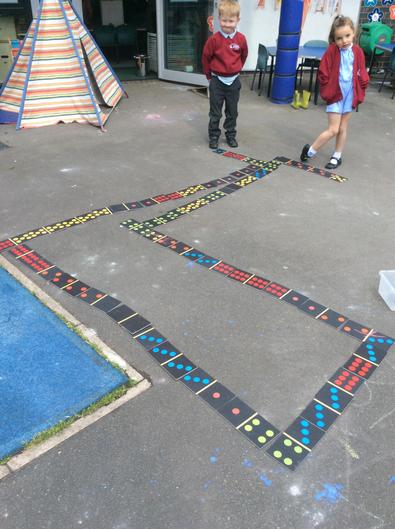 The Wilfred Owen School is an early adopter of the new Early Years framework. Within this there are two Maths Early Learning Goals that children are assessed against at the end of their Reception Year.  They are Number and Numerical Patterns.

Children at the expected level of development will:

Progression in Maths in EYFS 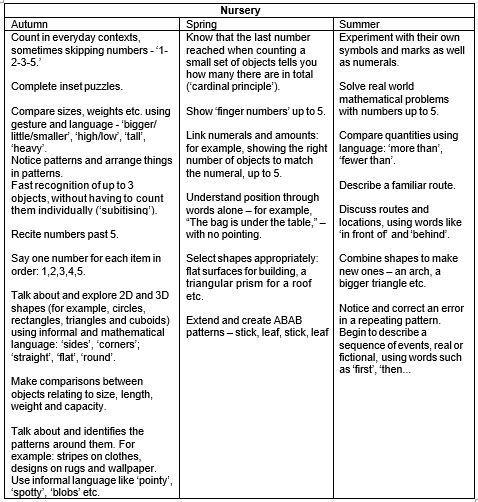 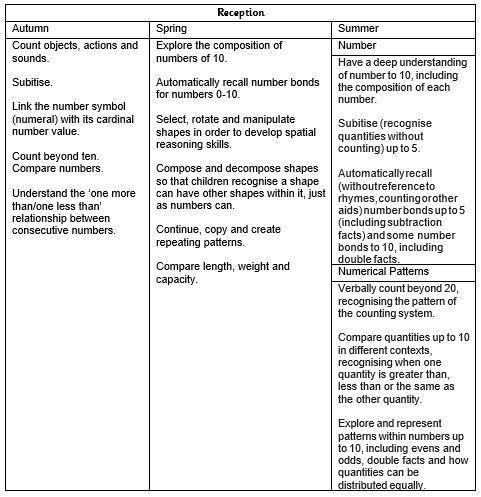