The Wilfred Owen School is situated off Woodcote Way as part of the Monkmoor Campus, which includes the Multi Agency Child and Family Support Services; Poppies, an independent childcare provider; and Severndale Special School. Situated on the edge of two housing estates, we overlook agricultural land to the rear. The River Severn is a five minute walk along public footpaths through the fields.

In June 2018, we converted to an Academy and became part of the Empower Trust.  We played an important part in setting up the Trust and establishing the vision and values under which the Trust operates. 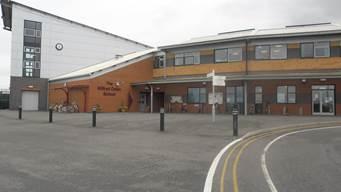 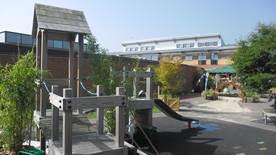 We moved in to a brand the new school building in September 2007. This school has many exciting features and was designed and built as a state of the art primary school.

The Multi-Use Games Area (MUGA) was finished in May 2009. We are continuing to develop our outside areas for play, environmental areas and gardening and have won several awards for this. 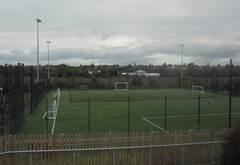 The Wilfred Owen School is an Academy Primary School (part of Empower Trust) with a nursery class. The nursery class caters for 60 part time children in two sessions; 30 in the morning and 30 in the afternoon. The remainder of the school is arranged into seven classes with each class being largely of a single age group. The average class size is approximately thirty children with a current total of 200 children in the main school.

Our classes are named after local hills.  The staff are as follows:

We are fortunate to have a school where everyone has the opportunity to know everyone else. The governors and staff are pleased with the friendly, supportive atmosphere that we have created as highlighted in our various inspections.  Visitors to the school often comment on the excellent behaviour and attitude of our children and the ‘feel’ of the school.